Dr. Manoj Kumar is a scientist with sanguine behavior who is adoring about research and development, with a commitment to lifelong learning. He is determined on high quality science that contributes broadly to both increasing intellectual knowledge of plant development and to increasing the ecological niche. He has a high level of professional desire and intellectual hunt, and the potential to fulfil the dream of his high impact publications and the future recognition of these by academic peers.

Dr. Kumar has pursued his PhD in Plant Biotechnology from prestigious Jawaharlal Nehru University and then awarded two postdocotoral fellowships consecutively: i) DBT-PDF from IISc Bangalore in 2005 and then NRF-PDF from University of Pretoria.

Dr. Manoj Kumar is a researcher of Plant Biotechnology in the Division of Microbial Technology at the Amity University Uttar Pradesh, India. Until recently, he was a coordinator of Bio-resource Chapter (Northern India) and served on editorial boards of five international journals. He referees for many more, including Phytoremediation, Journal of Soil Sediments and many more. The ultimate functional aim is to adapt crop plants in order to increase productivity and adaptability on such Indian soils, with consequent improvement of sustainability in both developed and developing countries. The ultimate intellectual aim is to understand the metabolic fate of microbial mediated precursors in whole plant physiology and genetics through processes occurring at the level of metabolism, particularly through processes rhizosphere communication under in situ and in vitro plants. This aim is being addressed by combining functional genetics and metagenomics approaches with a broad-based understanding of plant microbe healthy interaction.

Dr. Kumar’s research is the integration of microbial genetics with a breadth of plant physiological approaches to enable novel gene discovery and conferring metabolites. The development and use of process parameters for the study and manipulation of specific rare microbial types for sub-optimal soil conditions, and even in the broader areas of plant cultivation and characterization of its active bio-molecules for industry uses.

Dr. Kumar is establishing a “discovery and delivery pipeline”, where a balance is being strived between fundamental researches into molecular mechanisms of heavy metal resistance bacterial types on the delivery of those discoveries through the development of susceptible crops with improved abiotic (heavy metals-cobalt, zinc, cadmium) tolerance. In the heavy metal resistance gene research program, metagenomics and functional genomics approaches are being used to discover heavy metal resistance determinant on the transposon that affect traits that are likely to contribute to heavy metal tolerance. These genes i.e. czc (cobalt, zinc and cadmium resistance), and others discovered previously by other researchers, are being characterized to elucidate mechanisms of action and natural variation within the target crops / model testing crop (Arabidopsis thaliana), to a level necessary to facilitate resistancy. The research focuses on the alteration of genes likely to alter heavy metal tolerance in crop plants, and the testing of the effects of these alterations on overall biomass in the field. Work in definition can occur in parallel, as knowledge of some metal resistance conferring genes has primitive to the stage of molecular level, whereas discovery of fundamental processes is still required for such genes and traits

Dr. Kumar’s research area are plant-microbe-interactions, environmental microbiology and bioremediation. He has been credited with first time reporting and identification of Pink Rot inflorescence disease of Date palm in Kuwait caused by Serratia marcescens. He has been awarded ‘Young Scientist Award’ for the year 2002 in ‘Agricultural Microbiology’ by the Association of Microbiologists of India (AMI).

Dr. Kumar is establishing an “unearthing and deliverance system”, where a balance is being strived between development of drought and salinity resistant microbiome for better crop production in rain fed and saline area. In the bioremedaition research program, isolation and characterization of autochthonous microbiome from textile dye effluent and soil performed very well in remediation of dyes under laboratory conditions. Selected microbiome will be further employed in bioremediation of textile dyes at larger level.

Dr. Ram Prasad is Assistant Professor at the Amity Institute of Microbial Technology, Amity University, Uttar Pradesh, India. Dr. Prasad has completed his Ph.D. from the Department of Microbiology, Chaudhary Charan Singh University, Meerut, UP, India, in collaboration of School of Life Sciences, Jawaharlal Nehru University (JNU), New Delhi, India. Dr Prasad received his M.Sc. in Life Sciences at JNU and also qualified CSIR-NET, ASRB-NET, and GATE. His research interest includes plant-microbe-interactions, sustainable agriculture and microbial nanobiotechnology. Dr. Prasad has 93 publications to his credit, including research papers & book chapters and five patents issued or pending, and edited or authored several books. Dr. Prasad has eleven years of teaching experience and he has been awarded the Young Scientist Award (2007) and Prof. J.S. Datta Munshi Gold Medal (2009) by the International Society for Ecological Communications; FSAB fellowship (2010) by the Society for Applied Biotechnology; Outstanding Scientist Award (2015) in the field of Microbiology by Venus International Foundation; and the American Cancer Society UICC International Fellowship for Beginning Investigators (USA, 2014). In 2014-2015, Dr. Prasad served as Visiting Assistant Professor in the Department of Mechanical Engineering at Johns Hopkins University, USA.

Professor Ajit Varma is distinguished scientist & professor of eminence at Amity Institute of Microbial Technology (Amity University Uttar Pradesh). He has been leading an international research group of microbial technology in collaboration with several prestigious institutions world wide. He is also holding several other responsibilities in Amity University, like Vice Chairman of Amity Science, Technology & Innovation Foundation, Chairman – Faculty Research Council at University level. He has pursued his doctorate from Allahabad University in 1964 and then started his academic and scientific journey from Indian Agriculture Research Institute, New Delhi and then retired as an eminent Professor from prestigious Jawaharlal Nehru University in 2004. Since then his leading role incepted in Amity University to harness the Amity Research at International level. Professor Varma has numerous national and international research and academic awards in his credit and headed several councils in plant-microbial world. He has visited several countries as a visiting scientist, professor and academician for his world novel discovery Piriformospora indica – a magic fungus which has been popularized as ROOTONIC. Apart from above mentioned facts, Professor Varma has achieved the academic height based on the following mentioned accreditions:

 Special felicitation for outstanding research in the f ield of microbiology, JNU (2012)

 Published over 290 research articles, which appeared in National and International, journals of repute and also several major review articles and chapters in books.

 Nominated as Editor-in-Chief by IK Internat ionals to make series of books on Microbial and Biotechnological Research. 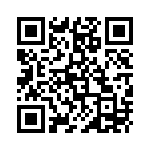