John Kenneth Galbraith is a Canadian-born American economist who is perhaps the most widely read economist in the world. He taught at Harvard from 1934-1939 and then again from 1949-1975. An adviser to President John F. Kennedy, he served from 1961 to 1963 as U.S. ambassador to India. His style and wit in writing and his frequent media appearances have contributed greatly to his fame as an economist. Galbraith believes that it is not sufficient for government to manage the level of effective demand; government must manage the market itself. Galbraith stated in American Capitalism (1952) that the market is far from competitive, and governments and labor unions must serve as "countervailing power." He believes that ultimately "producer sovereignty" takes the place of consumer sovereignty and the producer - not the consumer - becomes ruler of the marketplace. 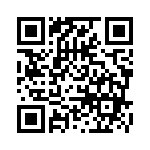