Judaism as a civilization: toward a reconstruction of American-Jewish life

Initially published in 1934, Kaplan's book sets forth the basic tenets that marked his long career in Jewish philosophy. This edition contains the original text plus the introduction to all subsequent editions and an essay by scholar Arnold Eisen. Read full review

Mordecai Kaplan was born in Lithuania and immigrated with his family to the United States in 1889. He was ordained at the Jewish Theological Seminary (JTS), and received a master’s degree from Columbia University. He first served as associate rabbi of Kehillath Jeshurun, an Orthodox synagogue in New York, and later joined the faculty of JTS. Kaplan continued teaching and writing until his death in 1983, at the age of 102. 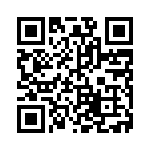