3.5 stars James Hansen was a scientist at NASA with a particular interest in climate change. This book explains what is happening with climate change and what needs to be done to stop the potentially ... Read full review

We could leave the coal in the ground, but will we? If we don't we could trigger a run-away green-house effect. Hansen is an atmospheric scientist and makes a compelling argument that we must phase out coal and leave the oil shale and tar sands alone. Read full review

Dr. James Hansen, perhaps best known for bringing global warming to the world's attention in the 1980s when he first testified before Congress, is an adjunct professor at the Department of Earth and Environmental Sciences at Columbia University and at Columbia's Earth
Institute, and director of the NASA Goddard Institute for Space Studies. He has appeared on 60 Minutes, ABC News Tonight, Anderson Cooper, Charlie Rose; has been interviewed in the New York Times and profiled in the New Yorker; and has written for the Boston Globe, the Nation, the New York Review of Books, and Scientific American. This is his first book. 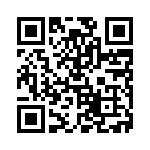