Christof Mauch is presently Director of the Rachel Carson Center in Munich, Germany and since 2007 Professor of American Cultural History and Transatlantic Relations at Ludwig-Maximilians-Universitõt M³nchen. From 1999 to 2007, he was the director of the German Historical Institute in Washington D.C. 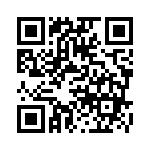