Roger Zelazny was born in Euclid, Ohio on May 13, 1937. After receiving a B.A. from Case Western Reserve University and a M.A. from Columbia University, he began publishing science fiction stories in 1962. He received six Hugo awards, three Nebula awards including one in 1966 for And Call Me Conrad and 2 Locus awards. He died of kidney failure secondary to colorectal cancer on June 14, 1995. 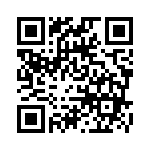