Alice Calaprice was until recently a Senior Editor at Princeton University Press, where she worked with the Einstein Papers for more than twenty years. She is also the author of The Einstein Almanac and coauthor of a forthcoming biography of Einstein for teenagers. Freeman Dyson is Professor Emeritus of Physics at the Institute for Advanced Study, Princeton. He is the author of several books, including Disturbing the Universe and Origins of Life. 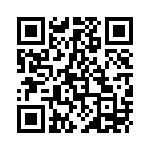