John Kleinig is a philosopher who taught in Australia until 1986 -- working mostly on moral and social philosophy -- when he moved to John Jay College of Criminal Justice, the City University of New York, where he taught mainly police ethics and social philosophy. Recently retired from CUNY, he remains as Strategic Research Professor and Professor of Policing Ethics at Charles Sturt University in Australia. 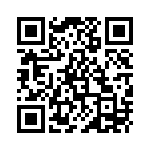