the book stayed with me. she did, that is. went to a tattered cover book signing with her. i skipped over the wilderness-skills chapters, i have to admit. Read full review

Laurie Wagner Buyer, an award-winning poet, memoirist, and novelist, spent more than thirty years living in the backwoods and working on remote ranches in the Rocky Mountain West. The author of When I Came West, Across the High Divide, Side Canyons, and Spring’s Edge, she currently resides in Llano, Texas. 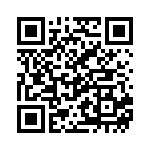