Mary McCarthy (1912-1989), novelist, critic, and political activist, was born in Seattle and orphaned at age six, thereafter raised by various relatives in Minnesota and Washington. She graduated from Vassar College in 1933 and went on to work as a critic for The New Republic, The Nation, and the Partisan Review, for which she was an editor from 1937 to 1948. She married four times, most notably in 1938 to the critic Edmund Wilson. She is the author of seven novels as well as many other volumes of autobiography, travelogues, essays, and criticism.

Thomas Mallon, editor, Thomas Mallon is the author of nine novels, including Watergate, Finale, and Fellow Travelers, as well as seven books of nonfiction.  A protégé and friend of McCarthy's, he is a regular contributor to The New Yorker and The New York Times Book Review. 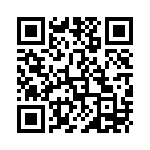