Naomi Novik was born in New York on April 30, 1973. She received a Bachelor's degree in English literature at Brown University and a Master's degree in Computer Science from Columbia University. She participated in the design and development of the computer game Neverwinter Nights: Shadows of Undrentide. Her first novel, His Majesty's Dragon, was published in 2006 and was the start of the Temeraire series. She has won the John W. Campbell Award for Best New Writer, the Compton Crook Award for Best First Novel, and the Locus Award for Best First Novel. Her book, Uprooted, won the 2016 Nebula Award for Best Novel. 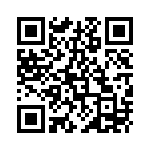