A highly readable wide-ranging tour through Western occult movements and the politics they have been associated with and, on occasion, influenced, from the late 1500s through the present day U.S ... Read full review

Born in 1955, Gary Lachman is a former student of Gurdjieff's Fourth Way, as well as a counterculture expert. He published his first book, Turn Off Your Mind: The Mystic Sixties and the Dark Side of the Age of Aquarius, in 2001, a history of the 1960s occult counterculture. During the 1980s, Gary avidly studied philosophy, psychology, history, science, and esotericism. He also traveled in Europe, visiting Chartres Cathedral, Stonehenge, as well as the site of Gurdjieff's prieure in Fontainbleau. From 1987 to 1993, he managed the renowned Bodhi Tree Bookstore in Los Angeles and helped start their catalogue. He has published several articles in the Pauper's Press Colin Wilson Studies Series and was the Science Writer for the University of California Los Angeles. He received recognition for composing music and playing bass guitar for the pop rock group Blondie. His public figure rose in the late 1970s as he toured with Blondie and earned three gold records for his award-winning song, "I'm Always Touched By Your Presence, Dear, which was a top-ten hit in Europe and the UK. His unique experience with the group was the subject of his 2002 book, New York Rocker. He was inducted into the Rock and Roll Hall of Fame in 2006. Gary beca"me a full-time writer in 1996, when he moved London. He contributes to many journals in the US and UK including: Times Literary Supplement; Literary Review; Fortean Times; Mojo; Bizarre; and Guardian. He is author of A Secret History of Consciousness and A Dark Muse: A History of the Occult, among other books. He lectures widely on the esoteric underground and the 1970s New York music scene. 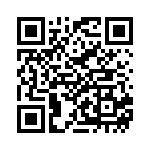