David L. Lewis was professor emeritus of business history at University of Michigan. He is author of The Public Image of Henry Ford: An American Folk Hero and His Company. Harry Barnard served as a Chicago newspaperman, University of Chicago research and press relations director, and Detroit advertising agency publicist. In 1938 and 1954 he authored biographies of two half-forgotten men, Illinois governor John Peter Altgeld and President Rutherford B. Hayes. 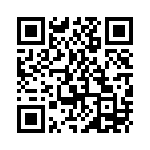