Raymond W. Lam, MD, FRCPC, is Professor and Head of the Division of Clinical Neuroscience in the Department of Psychiatry, University of British Columbia, and Medical Director of the Mood Disorders Centre at UBC Hospital in Vancouver. His research examining clinical and neurobiological mechanisms in seasonal and atypical depression, biological effects of light, clinical psychopharmacology, clinical guidelines and population-based treatment programs for depression has been supported by agencies including the Canadian Institutes of Health Research and the Canadian Psychiatric Research Foundation, and by industry grants. He has published over 190 scientific articles and book chapters, and three books. He also sits on the Editorial Boards of the Canadian Journal of Psychiatry and Chronobiology International, and reviews for numerous journals and funding agencies. Dr. Lam has received many awards for his research and teaching, including the Scientific Achievement Award (Vancouver Hospital and Health Sciences Centre, 2003), the Douglas Utting Prize and Medal for Depression Research (McGill University, 2001), the Clinical Investigator Award (UBC Brain Research Centre, 1999), the Nancy Roeske Award for Excellence in Medical Student Education (American Psychiatric Association, 1998), and the Special Recognition Award (Canadian Mental Health Association, 1999).

Dr. Erin E. Michalak, is a Research Associate in the Division of Clinical Neuroscience, Department of Psychiatry, University of British Columbia. Her background is in psychology, with a PhD awarded from the University of Wales College of Medicine in the United Kingdom. Her research interests are in seasonal and nonseasonal depression, bipolar disorder, quality of life, psychometrics and the development of outcome instruments for mood disorders. Her research has been supported by the Medical Research Council in the United Kingdom and the Canadian Institutes of Health Research in Canada, and she has approximately 25 scientific articles published or in press.

Dr. Richard P. Swinson is Professor and Morgan Firestone Chair and Head, Department of Psychiatry and Behavioural Neurosciences, McMaster University. His research interests lie in the theory, assessment and treatment of anxiety disorders, specifically, obsessive compulsive disorders. Dr. Swinson has held numerous research grants since 1966, the latest being from Health Canada, the Social Sciences and Humanities Research Council, and the Behaviour Therapy Research Foundation. He publishes extensively and has authored over 100 peer-reviewed scientific articles and 5 books. 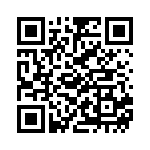