Harry T. Moore has written in Twentieth Century French Literature to World War II: "Paul Valery, who published his most important verse between 1917 and 1922, is the greatest French poet the twentieth century has so far produced... .Few modern poets.. .have presented richer experience through their verses. Valery.. .could handle abstractions with a living and always poetic concreteness, and put them into comparable verse-music." He was also a critic and aesthetic theorist, interested in art, architecture, and mathematics. His skepticism, malice, and learning brought him both admiration and hostility. Valery had been a member of the Mallarme circle in the 1890s and wrote much symbolist poetry at that time, but an unhappy love affair caused him to fall poetically silent (he earned his living as a journalist) until Gide and others persuaded him, 20 years later, to publish some of his youthful work. He had thought to add a short new poem and instead wrote La Jeune Parque (The Young Fate) (1917), several hundred lines in length. It won him instant recognition in poetic circles. Several collections of his earlier poems were published in the 1920s, as well as the great Cimetiere Marin (Graveyard by the Sea), a powerful meditation on time and mortality. From then until his death in 1945, he wrote chiefly aesthetic theory, criticism, and an unfinished play about Faust. He helped to revive lively interest in the symbolists and had a pervading influence on French culture generally, though his poetry is not easy for the casual reader. His criticism and aesthetic theory had an important influence on the structuralist critics of the 1960s. He was elected to the French Academy in 1925. His Collected Works (1971--75) have been published in expert translations by the Bollingen Foundation. 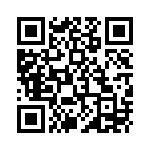