Stefan Halper is a Fellow of Magdalene College, University of Cambridge, and a Senior Fellow of the Centre of International Studies, where he directs the Donner Atlantic Studies Programme. He holds a B.A. from Stanford and doctorates from Oxford and Cambridge Universities. He was a White House and State Department official during the Nixon, Ford, and Reagan administrations. For twelve years he was executive editor and host of the weekly radio program This Week from Washington and then was executive editor and host of WorldWise, a weekly television program on foreign affairs. He has made contributions to numerous print media including the American Spectator, Chicago Tribune, Christian Science Monitor, Dallas Morning News, The International Wall Street Journal, Los Angeles Times, National Interest, National Review, Wall Street Journal, Washington Post, Washington Times, and Weekly Standard. Dr Halper is senior editor at the Cambridge Review of International Affairs and a Contributing Editor at the American Spectator. He is the co-editor of Latin America: The Dynamics of Social Change.

Jonathan Clarke is a Foreign Affairs Scholar at the CATO Institute in Washington, DC. He received a B.A. and an M.A. from Oxford University and has also been a Counselor, British Diplomatic Service, with assignments in Germany, Zimbabwe and the United States. He is the author of After the Crusade: American Foreign Policy for the Post-Superpower Age and has made numerous contributions to various forms of print media, including Foreign Affairs, Foreign Policy, the Los Angeles Times, National Interest, Orbis and the Washington Post. 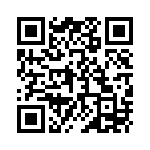