What an amazing piece of writing. Carrie Tiffany has found the voice of young teen and written with such purity and credibility. She draws you into the girl's mind--the whole book is a long stream of ... Read full review

The name of Carrie Tiffany's third book, Exploded View, refers to the type of diagram found in technical manuals that shows the spaces between each individual part and how they fit together to make a ... Read full review

Carrie Tiffany was born in West Yorkshire and grew up in Western Australia. She spent her early twenties working as a park ranger in Central Australia. Her first novel, Everyman’s Rules for Scientific Living (2005), was shortlisted for the Orange Prize, the Miles Franklin Literary Award, the Guardian First Book Award and the Commonwealth Writers’ Prize, and won the Dobbie Award and the WA Premier’s Award for Fiction. Mateship with Birds (2011) was also shortlisted for many awards and won the inaugural Stella Prize and the Christina Stead Prize for Fiction in the NSW Premier’s Literary Awards. Carrie’s latest novel Exploded View (2019) won the University of Queensland Fiction Book Award in the 2019 Queensland Literary Awards. She lives and works in Melbourne. 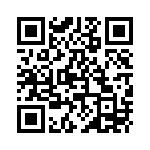