There are forty articles dealing with various aspects of the phenomenons. In fact the definition of Crusade is covered in one of them. The work deals mostly with the Palestinian domains but even the ... Read full review

Adrian Boas is Senior Lecturer of the Departments of Archaeology and Land of Israel Studies at Haifa University, Israel. 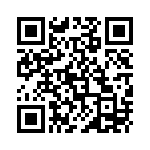