Not so much brain candy as brain popcorn - Doctorow, as a blogger/columnist, writes very short-form essays and while they contain great ideas, they can only have so much substance. However, still ... Read full review

A collection of columns. Not bad, not great. Read full review

Cory Doctorow is a science-fiction novelist, blogger, and technology activist whom Entertainment Weekly called “the William Gibson of his generation.” He is the author of the best-sellers Little Brother, Makers, Pirate Cinema, and Homeland and the co-editor of the popular weblog Boing Boing. Doctorow is a contributor to the New York Times, Publishers Weekly, Wired, Locus, and many other newspapers, magazines, and websites. He was the director of European Affairs for the Electronic Frontier Foundation, a nonprofit civil liberties group that defends freedom in technology law, policy standards, and treaties. 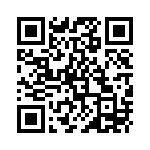