David Eddings was born in Spokane, Washington State, in 1931, and was raised in the Puget Sound area north of Seattle. He received a Bachelor of Arts degree from theUniversity of Washington in 1961. He has served in the United States Army, worked as a buyer for the Boeing Company, has been a grocery clerk and has taught college English.

His first novel, High Hunt, was a contemporary adventure story. The world of fantasy has always been of interest to him, however, and he turned to The Belgariadin an effort to develop certain technical and philosophical ideas concerning that genre. 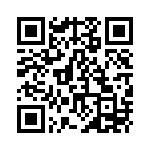