I found the history fascinating - I don't feel I can add significant commentary in that regard - but I do want to mention that the Kindle edition had numerous formatting and layout issues. They were ... Read full review

Jerry Z. Muller is professor of history at the Catholic University of America in Washington, DC. His previous books include Adam Smith in His Time and Ours (Princeton). His writing has appeared in the Wall Street Journal, the New Republic, and the Times Literary Supplement, among other publications. 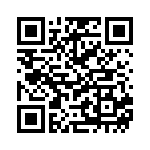