Page l - Robin Good-fellow. Are you not he That frights the maidens of the villagery, Skims milk, and sometimes labours in the quern...
Appears in 44 books from 1824-2005
Page 48 - ... troopers, with the help of other servants, carrying in one of their number, who had got a very mischievous fall, and had his arm broke; and falling frequently in...
Appears in 20 books from 1846-2007
More
Page 7 - ... creature, but is supposed to have other animals (greater or lesser) living in or upon it as inhabitants; and no such thing as a pure wilderness in the whole universe.
Appears in 19 books from 1889-2007
Page 87 - We plait the rope the wrong way, in the Devil's name, and we draw the tether between the cow's hind feet, and out betwixt her forward feet, in the Devil's name, and thereby take with us the cow's milk." I am not aware that this mode of treatment existed in the Western Islands. There the people, by means of herbs and appeals to the Trinity and the Church, hoped to ward off the powers of witchcraft. For this purpose a favourite plant was MOTHAN, OR MOAN. I do not find the name...
Appears in 12 books from 1858-2006
Page xliv - Man being divers times thus abused was forced to give over what he was about. On January 23 (in particular) the Man had an iron Pin twice thrown at him, and his Inkhorn was taken away from him while he was writing, and when by all his seeking it he could not find it, at last he saw it drop out of the Air, down by the fire: a piece of Leather was twice thrown at him; and a shoe was laid upon his shoulder, which he catching at, was suddenly rapt from him. An handful of Ashes was thrown at his face,...
Appears in 26 books from 1840-2008
Page 47 - But what is the likeness of the man ?" He said he was a tall man, with a long grey coat, booted, and one of his legs hanging over the...
Appears in 24 books from 1803-2007
Page 49 - At the same time the corpse of another gentleman was brought to be buried in the same very church. The friends on either side came to debate who should first enter the church, and, in a trice, from words they came to blows. One of the number (who was armed with bow and arrows) let one fly among them.
Appears in 22 books from 1854-2007
Page xiii - Say to Duchray, who is my cousin as well as your own, that 1 am not dead, but a captive in Fairyland ; and only one chance remains for my liberation. When the posthumous child, of which my wife has been delivered since my disappearance, shall be brought to baptism, I will appear in the room, when, if Duchray shall throw over my head the knife or dirk which he holds in his hand, I may be restored to society ; but if this is neglected, I am lost for ever'.
Appears in 10 books from 1858-2006
Page 1 - An Essay of the Nature and Actions of the Subterranean (and, for the most Part), Invisible People, heretofoir going under the Name of Elves, Faunes, and Fairies, or the lyke...
Appears in 27 books from 1815-2006
Page 55 - Grahame, some Time living in the Parock wherein now I am, who killed his own Cow after commending its Fatness, and shot a Hair with his Eyes, having praised its Swiftness (such was the Infection of ane Evill Eye) ; albeit this was unusual, yet he saw no Object but what was obvious to other Men as well as to himselfe.
Appears in 8 books from 1861-2005
Less 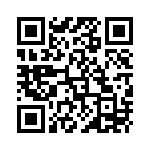