Surveys the law and practice of sampling in music (mostly rap and experimental music), and argues that it’s not working very well except for people who are well-connected and able to pay a lot of ... Read full review

Creative License: The Law and Culture of Digital Sampling

The current debate over intellectual property rights has resulted in a broad but often superficial understanding of the issue among the general public. With the goal of replacing anecdotal with ... Read full review

Kembrew McLeod is Associate Professor of Communication Studies at the University of Iowa. He is the author of Freedom of Expression(R): Resistance and Repression in the Age of Intellectual Property and Owning Culture: Authorship, Ownership, and Intellectual Property Law, and co-creator of the documentary film Copyright Criminals.

Peter DiCola is Assistant Professor at Northwestern University School of Law. He is a board member and former Research Director of the Future of Music Coalition. 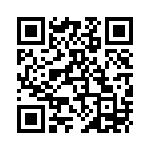