William H. Whyte (1917-1999) was editor of Fortune magazine and Distinguished Professor at Hunter College of the City University of New York. He is the author of numerous books of social and environmental analysis, including The Last Landscape, also available from the University of Pennsylvania Press. Joseph Nocera, Fortune magazine executive editor, is an award-winning financial journalist. He is the author of A Piece of the Action: How the Middle Class Joined the Money Class, which won the New York Public Library's Helen Bernstein Award for Excellence in Journalism, and he anchored the 1997 PBS Frontline documentary "Betting on the Market." Jenny Bell Whyte, a fashion designer, is credited with introducing African textiles to the mainstream American clothing market. Her current company, Museum Pieces to Wear, restores old textiles and incorporates them into new clothes. She and William H. Whyte were married in 1964. 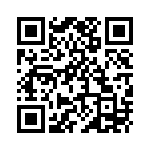