MURRAY J. LEAF is Professor of Anthropology and Political Economy at the University of Texas at Dallas. /e 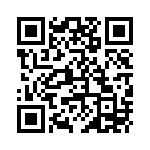