Stephen H. Norwood, PhD, is professor of history and Judaic studies at the University of Oklahoma, Norman, OK. He received his degree from Columbia University, one of the world's leading centers for Jewish studies. His published works include numerous articles published in journals such as American Jewish History and Modern Judaism.

Eunice G. Pollack, PhD, teaches history and Jewish studies at the University of North Texas, Denton, TX. She received her degree from Columbia University, one of the world's leading centers for Jewish studies. 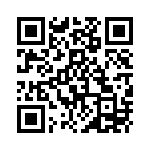