Oscar Fingal O'Flaherty Wills Wilde was born in Dublin in 1854. He studied at Trinity College Dublin and then at Magdalen College Oxford where he started the cult of Aestheticism, which involves making an art of life. Following his marriage to Constance Lloyd in 1884, he published several books of stories ostensibly for children and one novel, The Picture of Dorian Gray (1891). Wilde's first success as a playwright was with Lady Windemere's Fan in 1892. He followed this up with A Woman of No Importance, An Ideal Husband, and The Importance of Being Earnest, all performed on the London stage between 1892 and 1895. However, Wilde's homosexual relationship with Lord Alfred Douglas was exposed by the young man's father, the Marquis of Queensbury. Wilde brought a libel suit against Queensbury but lost and was sentenced to two years imprisonment. He was released in 1897 and fled to France where he died a broken man in 1900. 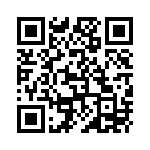