Full of fascinating information about obscenity laws, pointing out how they're inconsistently (and sometimes illegally) applied, and how authors and publishers fought back and sometimes lost. Well worth the time to read. Read full review

GIRLS LEAN BACK EVERYWHERE: The Law of Obscenity and the Assault on Genius

A verbose and sprawling, yet well-researched and compelling, narrative history of how literary iconoclasts have run afoul of censors in America. For more than 80 years, beginning with the so-called ... Read full review 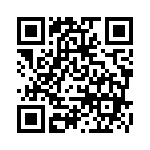