Set of 7 interviews with deposed dictators. Fascinating view into their psychology - about how they all come from different backgrounds and origins, the one thing they have in common is their ... Read full review

Riccardo Orizio has been a foreign correspondent for eighteen years, living in Milan, Brussels, Atlanta, where he worked for CNN, and London, where he reported for La Repubblica. He has covered the wars in the Balkans and filed reports from more than eighty countries. The author of Lost White Tribes, which was short-listed for the Thomas Cook Travel Book Award, he now lives in Kenya. 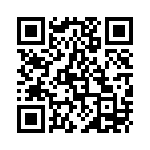