Barbara Seuling was born in Brooklyn, New York on July 22, 1937. Her career in publishing started when she took a job as a secretary to two editors at Dell Publishing. She later became an assistant before leaving Dell in the early 1970s. She worked at Lippincott for two years before deciding to become a freelance writer and illustrator. Her first picture book, The Teeny Tiny Woman: An Old-English Ghost Story, was published in 1976. She wrote and illustrated several more picture books and also illustrated picture-book texts for other authors. Her other works included the Freaky Facts nonfiction series and Oh No, It's Robert! She also used her publishing experience to lead small private writing workshops. Her adult nonfiction book, How to Write a Children's Book and Get It Published, first released in 1984. She died of complications from cancer on September 12, 2016 at the age of 79. 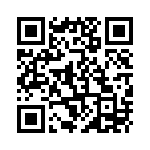