This is a well written book. It illuminates the struggle Lee faced his entire life. This struggle led him to turn his back on the Union, even though he was opposed to secession, and fight for Virginia. There is very little bias shown for the north or the south. I would highly recommend this book. Read full review

Robert E. Lee, related to George Washington slightly by blood, and more directly by marrying Washington's granddaughter, became the antithesis of the founder of the country. While Washington owed ... Read full review

Jonathan Horn is an author and former White House presidential speechwriter whose Robert E. Lee biography, The Man Who Would Not Be Washington, was a Washington Post bestseller. Jonathan has appeared on CNN, Fox News, MSNBC, and PBS NewsHour, and his writing has appeared in The Washington Post, The New York Times’ Disunion series, Politico Magazine, The Daily Beast, The Weekly Standard, and other outlets. A graduate of Yale University, he lives in Bethesda, Maryland, with his wife, daughter, and dog. His latest book is Washington’s End. 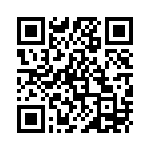