Dr Ron Moy is Lecturer in the School of Media, Critical and Creative Arts, at Liverpool John Moores University, UK. 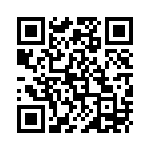