TRAVIS SAWCHIK covers the Pirates and Major League Baseball for the Pittsburgh Tribune-Review. Sawchik has won national Associated Press Sports Editor awards for enterprise writing and numerous state-level awards. Sawchik's work has been featured or referenced on ESPN, Grantland.com, and the MLB Network. 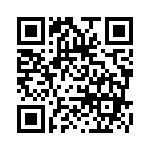