I was writing an essay on whether Canada deserved their title of peacekeepers,. My initial thesis had been that yes, Canada did deserve to be called a peaceful, helpful nation. This book had been in my local library, I became interested in it, because it was about my topic. As I read along, my thesis started to change, and with it, my views on modern peacekeeping. This book is an excellent read. 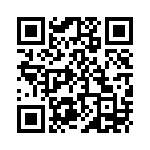