Bob McCabe broadcasts on film for Radio 1 and is associate editor of 'Film Guide'. He contributes to 'Empire', and 'Q' magazines and has also contributed to 'Premier', 'Film Review', 'Evening Standard', 'Daily Mirror', 'The Express' and was film editor of 'Vox'. He is the author of the BFI book on 'The Exorcist'.

Terry Jones was a member of the legendary Monty Python team and has directed three highly successful films - Erik the Viking, Consuming Passions, Personal Services, Monty Python's The Meaning of Life, Monty Python and the Holy Grail, as well as scripting and performing in The Life of Brian, Jabberwocky and a number of Monty Python films. A previous book The Saga of Erik the Viking won the 1984 Children's Book Award. He is also the author of (for adults) Chaucer's Knight: Portrait of a Medieval Mercenary, Crusades and The Knight and the Squire as well as many other books for children. He read English at Oxford and retains a passion for medieval literature.

Michael Palin established his reputation with MONTY PYTHON'S FLYING CIRCUS and RIPPING YARNS. His work also includes several films with Monty Python, as well as THE MISSIONARY, A PRIVATE FUNCTION, an award-winning performance as the hapless Ken in A FISH CALLED WANDA and, more recently, AMERICAN FRIENDS and FIERCE CREATURES. His television credits include two films for the BBC's GREAT RAILWAY JOURNEYS, the plays EAST OF IPSWICH and NUMBER 27, and Alan Bleasdale's GBH. He has written books to accompany his six very successful travel series, AROUND THE WORLD IN 80 DAYS, POLE TO POLE, FULL CIRCLE, HEMINGWAY ADVENTURE, SAHARA and HIMALAYA. He is also the author of a number of children's stories, the play THE WEEKEND and the novel HEMINGWAY'S CHAIR.

Eric Idle is the third tallest member of Monty Python. In addition to the Python scripts, he is the author of the novels The Road to Mars and Hello Sailor, the play Pass the Butler; and the children's book The Quite Remarkable Adventures of the Owl and the Pussycat. He lives in Los Angeles.

Bob McCabe broadcasts on film for Radio 1 and is associate editor of Film Guide. He contributes to Empire and Q magazines and has also contributed to Evening Standard, Daily Mirror and Daily Express, and was film editor of Vox. He is the author of The Pythons by The Pythons and numerous other books, most recently the authorised biography of Ronnie Barker. 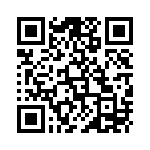