Elias Burstein was born in Brooklyn, New York on September 30, 1917. He received a bachelor's degree in chemistry from Brooklyn College in 1938 and a master's degree in chemistry from the University of Kansas in 1941. From 1941 to 1943, he studied chemistry and physics at the Massachusetts Institute of Technology, working toward a doctorate. During World War II, he went to work at the Naval Research Laboratory in Washington. He worked in the physics section of the crystal branch division of the laboratory for three years before being promoted to head the division. After 10 years in that position, he became the head of the section for semiconductor research. He was one of the first scientists to use lasers to do research on semiconductors and insulators. He held patents for doping, a method to introduce impurities into the otherwise stable element silicon, increasing its semiconducting capacity. He also helped discover the mechanisms underlying Raman scattering. He was a long-time professor of physics at the University of Pennsylvania. He retired from the full-time faculty in 1988. He published more than 200 scientific papers and edited/coedited many books including a series called Contemporary Concepts of Condensed Matter Science. He was a founder of Solid State Communications, a peer-reviewed scientific journal on solid-state physics, and was its first editor in chief from 1963 to 1992. He was elected to the National Academy of Sciences in 1979 and received the Frank Isakson Prize of the American Physical Society in 1986. He died on June 17, 2017 at the age of 99. 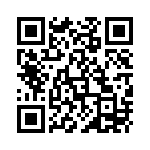