James Tully is Distinguished Professor of Political Science, Law, Indigenous Governance and Philosophy at the University of Victoria, British Columbia, Canada. He is a fellow of the Royal Society of Canada and an Emeritus Fellow of the Trudeau Foundation. His publications include Strange Multiplicity: Constitutionalism in an Age of Diversity (1995) and Public Philosophy in a New Key (2009, 2 volumes), the winner of the C. B. Macpherson Prize in 2010. Tully was the recipient of a Killam Prize for the Humanities in 2010, awarded by the Canada Council for the Arts in recognition of his distinguished career and outstanding contribution to scholarship. 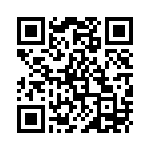