Geoffrey Robinson is professor of history at the University of California, Los Angeles. His books include The Dark Side of Paradise: Political Violence in Bali. Before coming to UCLA, he worked for six years at Amnesty International's headquarters in London. From June to November 1999, he served as a political affairs officer with the United Nations in Dili, East Timor. Robinson lives in Los Angeles with his wife and daughter. 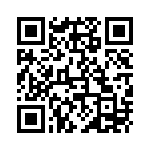