I read this over several months, in 10-minute bursts on my daily T ride to work. I'd have bits and pieces of this rattling around in my head at work some days. It was an odd feeling reading the ... Read full review

A fun read to hear the stories of famous programmers and to understand how they think about their specialties. It's inspiring to see that almost all of them come across as normal, humble people that ... Read full review

Peter Seibel is a serious developer of long standing. In the early days of the Web, he hacked Perl for Mother Jones and Organic Online. He participated in the Java revolution as an early employee at WebLogic which, after its acquisition by BEA, became the cornerstone of the latter's rapid growth in the J2EE sphere. He has also taught Java programming at UC Berkeley Extension. He is the author of Practical Common LISP from Apress. 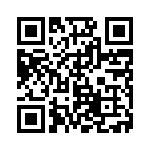