Arvind Sharma is the Birks Professor of Comparative Religion at McGill University in Montreal, Canada. He has taught in Australia and in the United States. Sharma is the editor of two books widely used in teaching world religions, Women in World Religions and Our Religions. He is also the author of Classical Hindu Thought: An Introduction. Sharma lives in Montreal. 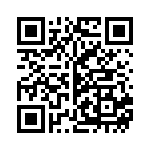