Florence Lamoureux is associate director of the Center for Southeast Asian Studies at the University of Hawaii at Manoa, Honolulu, HI. 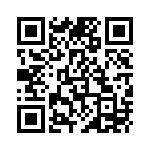