This was quite the rollercoaster book, as the Americans might put it; yes, in the sense that it throughout the first 20% was quite dull and linear, the later 30% made me go on from some elegant ... Read full review

Unique read that is really a series of tightly interconnected stories that go back and forth in time. The whole isn't necessarily as good as the parts, but some of the parts are phenomenal. Chapter 6 (I think) was one of the most subtly moving pieces of fiction that I've read in a long time. Read full review

Jennifer Egan is the author of four novels: A Visit from the Goon Squad, The Keep, Look at Me, The Invisible Circus; and the story collection Emerald City. Her stories have been published in The New Yorker, Harper’s Magazine, GQ, Zoetrope, All-Story, and Ploughshares, and her nonfiction appears frequently in The New York Times Magazine. She lives with her husband and sons in Brooklyn. 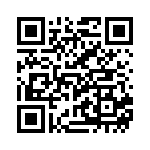