Lawrence M. Principe is Assistant Professor in the Department of Chemistry and the Institute for the History of Science, Medicine, and Technology at The Johns Hopkins University. 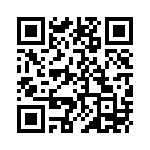