Willa Siebert Cather was born in 1873 in the home of her maternal grandmother in western Virginia. Although she had been named Willela, her family always called her "Willa." Upon graduating from the University of Nebraska in 1895, Cather moved to Pittsburgh where she worked as a journalist and teacher while beginning her writing career. In 1906, Cather moved to New York to become a leading magazine editor at McClure's Magazine before turning to writing full-time. She continued her education, receiving her doctorate of letters from the University of Nebraska in 1917, and honorary degrees from the University of Michigan, the University of California, Columbia, Yale, and Princeton. Cather wrote poetry, short stories, essays, and novels, winning awards including the Pulitzer Prize for her novel, One of Ours, about a Nebraska farm boy during World War I. She also wrote The Professor's House, My Antonia, Death Comes for the Archbishop, and Lucy Gayheart. Some of Cather's novels were made into movies, the most well-known being A Lost Lady, starring Barbara Stanwyck. In 1961, Willa Cather was the first woman ever voted into the Nebraska Hall of Fame. She was also inducted into the Hall of Great Westerners in Oklahoma in 1974, and the National Women's Hall of Fame in Seneca, New York in 1988. Cather died on April 24, 1947, of a cerebral hemorrhage, in her Madison Avenue, New York home, where she had lived for many years.

Sharon O'Brien is an acclaimed author of both trade and scholarly books and a well-known Cather scholar. She is James Hope Caldwell Professor of American Cultures at Dickinson College. She is the author of Willa Cather: The Emerging Voice; Willa Cather; and The Family Silver: A Memoir of Depression and Inheritance. She is the editor of The Library of America Willa Cather (Volumes I-III) and New Essays on My Ántonia. 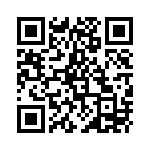