Tina Chunna Zhang has experienced Chinese martial arts and dance since her childhood in Beijing, China. She moved to the U.S. in the 1980s. She has studied and trained with famous internal martial arts masters both in China and in the U.S. She is a fifth-generation practitioner of Northern Wu Style Tai Ji Quan, training directly under Master Li Bing Ci. She won gold medals in sparring at the Summer Bash Chinese Martial Arts Championships in 2001 and 2002. She has continued to participate and win numerous medals in martial arts tournaments in China and in the U.S. every year. Tina actively teaches Classical Northern Wu Style Tai Ji Quan and ba gua zhang at the Wu Tang Physical Cultural Association internal martial arts studio and various sports clubs and fitness gyms in New York City. 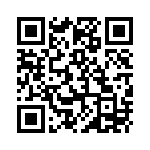