Cyprian P. Blamires, Ph.D., is a freelance scholar, editor, writer, and translator based in the United Kingdom. 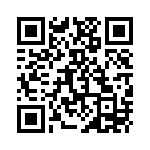