Kathleen E. Kennedy studies information culture from the Middle Ages to the modern era. She examines not only the information itself, but also the books, objects, and technology used to transmit information through time. Kennedy is an Associate Professor at Penn State-Brandywine where she teaches English and History courses. She is the author of Maintenance, Meed, and Marriage in Medieval English Literature (Palgrave, 2009) and The Courtly and Commercial Art of the Wycliffite Bible (Brepols, 2014). 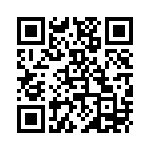