Alden Nowlan was born January 25, 1933 at Windsor, Nova Scotia. Primarily self-educated, Nowlan worked as a newspaperman, and published poetry, plays, short stories, and novels. His poetry collection Bread, Wine and Saltwon the Governor's General award in 1967. Much of his work reflects his regional roots and an affection for the ordinary people. Nowlan was central in the Fredericton and Altlantic literary community and became writer-in-residence at University of New Brunswick in 1969. He died in Fredericton June 27, 1983. 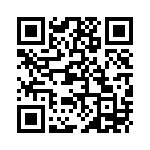