This book is your perfect example of Communist-style distortion of history.
It is what Communists normally do: they blatantly lie and "gaslight" their victims. They terrorize and imprison, anyone who tells the truth. The result: only the Communist propaganda is heard.
To understand this process more clearly, and to understand who Tito really was, read "Buried Alive" by Roman Ljeljak. This book was recently translated into English and is available on Amazon, and on google play.
The author writes at great personal risk because he is telling the truth. He also has a film out about Jasenovac: once again, its truth.
Also worth reading is Mr. Tolstoy's book (yes, he is the famous Russian novelist's descendant) entitled "The minister and the massacres".
That people like Vladimir Dedijer can concoct such blatant lies is a crime unto itself.

The late Vladimir Dedijer held many high state offices in the government of Yugoslavia, including the post of official delegate from Yugoslavia to the United Nations. He was considered a leading authority on genocide in the twentieth century and, together with Jean-Paul Sartre, chaired the Bertrand Russell International Tribune on War Crimes. Dedijer was also a highly-respected scholar of modern history, who taught in universities throughout the world, and the author of many books, among which is his widely acclaimed biography of Tito. 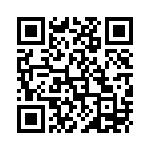