J. R. R. Tolkien (1892-1973) was a distinguished academic, though he is best known for writing The Hobbit, The Lord of the Rings and The Silmarillion, plus other stories and essays. His books have been translated into over 50 languages and have sold many millions of copies worldwide.

Jemima Catlin (born in 1986) grew up in Dorset and developed a passion for drawing at an early age. She graduated from the Arts University College at Bournemouth with a Foundation Degree in Visual Communication and then went on to complete a BA Honours Degree in Illustration in 2010.

After leaving university she became a freelance illustrator, working on some personal projects and undertaking several commissions before embarking on the exciting journey of illustrating The Hobbit. 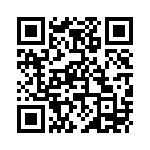